World Forum for FDI concludes with series of critical recommendations 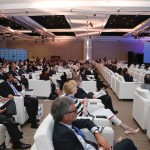 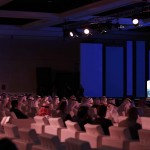 A series of recommendations issued by the 12th edition of the World Forum for FDI which concluded in Sharjah lately, called for committing to and respecting contracts signed with investors, even in the time of change of governments. This will increase confidence in governments and trust in their desire to attract more FDIs. HE Marwan Al Sarkal, CEO of the Sharjah Investment and Development Authority (Shurooq) – host sponsor of the event, said the forum recommended the necessity of establishing effective rapport between governments and investors and called upon investment authorities to play a major role in delivering investors’ messages to decision makers and executive councils in their respective countries. “The forum also recommended governments to work hard on granting incentives to investors, developing infrastructure, and chalking out legislation that match the needs of each sector individually. Sharjah, for example, needs to invest in at least 3 major hospitals with a 630-bed capacity,” he pointed out. Al Sarkal also explained that the forum recommended countries attract capital and investments that suit their needs because what Dubai needs differs from Sharjah’s requirements or Doha’s or Muscat’s. Sharjah needs investments in hotels that match its vision. The Emirate generally focuses more on environmental, historical and archaeological tourism whereas its environment and recycling industry is expected to reach Dh1.5 billion by the year 2020. Forum attendees, added Al Sarkal, also stressed the importance of appointing skills and talents, adapting to technological advancements, and providing investors with correct statistics that indicate countries’ investments needs in a particular sector. Governments and investors need to have a healthy and balanced relation based on mutual benefits and cooperation. The CEO of Shurooq said the forum attracted prominent businessmen who had visited Sharjah for the first time and that Shurooq works on granting incentives to investors, delivering their messages to the government and executive councils, and developing legislation with the government. Al Sarkal was also of the view that the liquidity resulting from the decline in oil prices would open doors for more investments into Sharjah, which is only 3% dependent on the oil sector. “The percentage of the UAE’s economy dependency on oil does not exceed 33%. The decline in oil prices increased liquidity in the markets. For example, companies who allocated a 20% budget for oil consumption decreased it to 15%. We can use that gap to our benefit and attract investments to Sharjah,” he explained. The 12th edition of the World Forum for FDI concluded after three days of successful discussions on the latest developments and factors affecting FDIs globally, regionally and locally, in the presence of international experts and senior executives from global and local companies. Organised by the Sharjah Investment and Development Authority (Shurooq) this international economic forum comes in implementation of the visions and directives of His Highness Sheikh Dr Sultan bin Muhammad Al Qasimi, Member of the Supreme Council and Ruler of Sharjah, in hosting the international events and highlighting the Emirate’s business potentials regionally and internationally. The forum was organised under direct follow up of Sheikha Bodour bint Sultan Al Qasimi, Chairperson of Shurooq. Organising the WORLD FORUM for Foreign Direct Investment in Sharjah in 2015, which is being held in the Middle East for the first time, marks another prestigious milestone for the Emirate. In previous years the world’s leading FDI platform has been held in prime locations including Amsterdam, Brussels, London, Valencia, Bologna, Vilnius, Tallinn, Shanghai, and Philadelphia.
Back to media
Share this article: Twitter