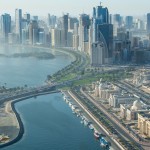 Sharjah Investment and Development Authority to connect with British business community to highlight projects and investment opportunities in the emirate Investors from Great Britain will have the opportunity to find out about the advantages of doing business in Sharjah thanks to a special business–to-business (B2B) forum being held in the country’s capital, London. Organised by The Sharjah Investment and Development Authority (Shurooq) under the banner ‘Sharjah Day,’ the April 8 event will introduce British investors and businesspersons to prominent opportunities in Sharjah, with an emphasis on the many projects run by Sharjah Investment and Development Authority (Shurooq). Sharjah Day aims to attract British companies operating in the fields of health, the environment, tourism, logistics and education to the emirate, which is being promoted as having numerous benefits and incentives for prospective British investors. Sheikha Bodour bint Sultan Al Qasimi, Chairperson of Shurooq, will give a keynote address during the forum which she will use to highlight Sharjah’s business-friendly environment and its unique attractions, which have established the emirates as a preferred regional investment destination. Abdul Rahman Ghanem Al Mutaiwee, U.A.E. Ambassador to the United Kingdom, will also give a speech during Sharjah Day, which will be followed by an address delivered by Lord Clement-Jones, Managing Partner of British DLA Piper, a major legal firm that has significant interests in the U.A.E. Sheikha Bodour said; “The U.A.E. enjoys strong relations with the UK across a broad section of spheres, which is reflected in the economic and trade cooperation between the two countries. Trade between the U.A.E. and the UK touched AED 72 billion, two years ahead of the predetermined scheduled to reach this level, prompting the two countries to work towards doubling the volume of trade to approximately AED 153 billion by 2020.” Sheikha Bodour added that the U.A.E.-UK economic cooperation is not limited to trade and commercial transactions, but also includes other sectors, such as tourism and aviation. There are 170 flights weekly between the two countries, with more than 50,000 Emiratis visiting the UK every year. These and other factors, she said, will pave the way to expanding avenues of cooperation between the two entities. “There are 4,000 British companies currently operating in the U.A.E. and we are seeking through this forum to attract more British corporations and business people to work in Sharjah by familiarising them with its thriving investment environment and highlighting its future growth opportunities in various sectors, particularly within the emirate’s portfolio of current and new projects”, Sheikha Bodour said. HE Marwan bin Jassim Al Sarkal, CEO of Shurooq, will give a brief presentation during Sharjah Day that will outline Shurooq’s projects and the rewarding returns that the Authority can offer to potential British investors, especially in the tourism investment sector, with an emphasis specifically on unique projects such the Mleiha Archaeological Centre, eco-tourism and Al Majaz Waterfront. The B2B forum will host a panel discussion moderated by Oliver Cornock, Managing Editor at Oxford Business Group, with the attendance of Khaled Al Huraimel, CEO of Bee’ah; Hussein Al Mahmoudi, CEO of AUS Enterprises; Abdulla Ali Mahyan, Chairman of Sharjah Health Authority and Sharjah Healthcare City; Lalo Samuel, Chairman of Kingston Holding and James Moffatt, CEO of Lamprell plc. The session will highlight a number of success stories by British companies and how they have made the most of the encouraging environment to achieve significant growth in a short period of time. It will be followed by meetings with representatives from British organisations interested in investing in Sharjah to discuss ways to facilitate the launch of their businesses in the emirate, including the various forms support that they can avail.
Back to media
Share this article: Twitter