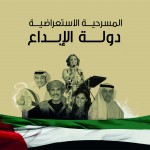 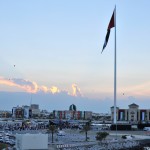 Lyrics of the first of its kind musical play by national poet Ali Al Khawar As part of the nationwide celebrations to mark the 43rd UAE National Day, the Sharjah Investment and Development Authority (Shurooq) will host the premiere of the musical play ‘Country of Innovation’, on Tuesday, December 2, at 7:30 pm at the Flag Island. The lyrics of the musical were written by national poet Ali Al Khawar and composed by Khalid Nasser. The Director of the show will be Hassan Rajab, the Writer is Ismail Abdullah Chairman of the UAE Theatrical Association (UAETA), and the Assistant Director is Walid Nasser and Choreographer is Fahad Omar. The show will feature artists Abdullah Balkhair, Adil Khamis and Oraib and actor Abdullah Saleh and actress Rania, in addition to more than 200 male and female students from Sharjah Educational Zone’s schools. Speaking on the occasion is Ahmed Obaid Al Qaseer, Chief Operating Officer at Shurooq, said: “For the second consecutive year, the Flag Island celebrates the UAE National Day by hosting a musical play, after the tremendous success of our previous operetta titled ‘Story of a Flag – a Nation’s Dream’, which received an overwhelming response from citizens and residents in the emirate of Sharjah and the UAE. This year we selected the musical play ‘Country of Innovation’, which will be staged by a group of elite Emirati singers, artists, and actors, as well as a large number of school students. The play will be premiered to Flag Island’s visitors in celebration of the 43rd National Day of the UAE”. Al Qaseer said that Flag Island, inaugurated three years ago by His Highness Sheikh Dr. Sultan bin Muhammad Al Qasimi, Member of the Supreme Council and Ruler of Sharjah, has become a national and tourist icon that is well positioned to host the annual official celebrations of the UAE National day. He added that the development of the second phase of the Island will be competed in the first quarter of the next year, and will include an array of new entertainment facilities and amenities, which will make the Island an excellent tourist destination for Sharjah’s residents and visitors throughout the year. The musical play includes three acts, the first of which is about the concept of the “Spirit of the Union”, narrating the achievements of the UAE’s leaders. The second act is about the country’s innovation and creativity and about the UAE evolution during the short span of time since the birth of the federation. The closing act urges service towards the country in all areas, with a focus on the national service and its role in instilling the love of the nation in the hearts of citizens. His Highness Sheikh Dr Sultan bin Muhammad Al Qasimi, Member of the Supreme Council and Ruler of Sharjah, inaugurated Flag Island in December 2012, in celebration of the UAE's 41st National Day. The 123 metre-high flagpole, on Flag Island, is considered to be the 7th tallest flagpole in the world at its inception. Developed by Shurooq in collaboration with the Sharjah Public Works Department and a number of governmental bodies and departments, Flag Island symbolises the nation's patriotism, the pride they have for their cultural identity, and the affinity they feel towards to the UAE. Flag Island has a diameter of 65 metres and boasts a unique location near the Al Khan area’s hotels, central souqs and other specialised markets in the district. Located in close proximity to Al Khan Corniche, Al Mamzar Corniche, Al Qasba and Government Department’s compound, Flag Island includes green spaces and neatly coloured pavements, in addition to spacious parking slots for over 200 cars. Shurooq was established in 2009 with the aim of achieving social, cultural, environmental and economic development on the basis of Sharjah's distinct Arab and Islamic identity, and to encourage investment by adopting the best international standards in providing quality services that help attract investors from the region and the world.
Back to media
Share this article: Twitter