Shurooq to embark on three-day delegation visit to London 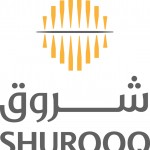 Shurooq’s representatives will meet with key investment bodies in the British capital to strengthen ties with the UK The Sharjah Investment and Development Authority (Shurooq) is set to embark on a three-day delegation visit to London, United Kingdom, which will take place from April 13th to 15th.Representatives from Shurooq will meet with a number of key investment bodies in the British capital to reinforce Sharjah’s ties with the UK, explore areas of cooperation, and highlight the emirate’s position as an investment destination. A delegation led by Sheikha Bodour bint Sultan Al Qasimi, Chairperson of Shurooq, HE Marwan bin Jassim Al Sarkal, CEO of Shurooq, Mr. Saud Al Suwaidi, Director of International Relations and Partnerships, and Mr. Yasser Mohammed Zamzam, Publich Relation and Communications Manager and Ms. Mariam Rashid Bin Al Shaikh, Investment Promotion Executive, will attend a series of meetings with high-level representatives from various UK organisations. These organisations include leading UK bodies in the areas of trade, investment, commerce and healthcare. HE Marwan bin Jassim Al Sarkal, CEO of Shurooq said “We are delighted to commence our upcoming delegation visit to London, and look forward to holding fruitful discussions with many of the UK’s most influential business bodies. Sharjah and the UK already enjoy excellent business relations, a relationship we are committed to strengthening over these three days. We will take the opportunity to showcase Sharjah’s most promising investment propositions, in sectors spanning from travel and leisure, to the environment, transport and logistics, and healthcare, Al Sarkal continued: “This delegation is one of several major meetings between business and academic leaders in Sharjah and the UK over the last four years, illustrating our commitment to bolstering bilateral ties. Recent representatives from Sharjah have included His Highness Sheikh Dr. Sultan bin Muhammad Al Qasimi, Member of the Supreme Council and Ruler of Sharjah, as well as a number of the emirate’s leading business organisations.” Bilateral investment between the UK and UAE is growing rapidly: UK investment in the UAE reached a total AED30.8 billion in 2011, while the UAE invests over £5 billion in the North Sea. There are more than 100,000 UK expatriates in the UAE and more than one million British visitors each year to the Emirates. Meanwhile, bilateral trade between the two countries reached £12 billion in 2012. The UK has nearly 400 trading companies, close to 800 trading agencies, and over 8,000 trademarks registered in the UAE. In terms of Sharjah, a British firm was recently awarded a contract worth £343 million to build the world’s largest advanced thermal energy-from-waste facility in the emirate. Shurooq's key mission is to provide facilities and incentives to help overcome obstacles facing investment activities in Sharjah, evaluate investment-related infrastructure projects, and lay down the necessary plans to complete such projects. In recognition of its overall accomplishments, Shurooq was named The Banking Awards 2013 – and 2014 FDI Agency of the Year in the MENA region at the European’s Global Banking and Finance Awards.
Back to media
Share this article: Twitter