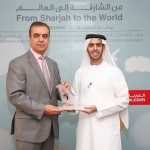 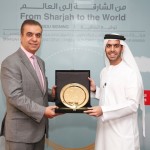 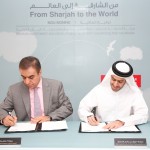 The Sharjah Investment and Development Authority (Shurooq) and Air Arabia, the first and largest low-cost carrier in the Middle East and North Africa, have signed an MoU to promote Sharjah’s world-famous business projects and brands across the globe. The MoU was signed by Mr Adel A. Ali, Group Chief Executive Officer, Air Arabia, and HE Marwan bin Jassim Al Sarkal, CEO of Shurooq, in the presence of a number of senior executives from both authorities. Under the terms of the MoU, Shurooq and Air Arabia undertake to encourage, promote and facilitate investment and development participation among their business communities to the benefit of the emirate of Sharjah, in accordance with the laws and regulations of the country. "This MoU is an important step forward for Sharjah as it will bring tremendous benefits for Shurooq Air Arabia. Through our strategic alliance with Sharjah’s and the UAE’s carrier, we will work to promote Sharjah’s world famous business projects and brands across the globe, including the brand, ‘I love Sharjah’, launched in May last year,” said HE Al Sarkal. "Sharjah’s world-famous business projects and brands will also be promoted in the destinations Air Arabia flies to, and we will work together to increase our cooperation in future projects and partnerships, thereby contributing to the promotion of Sharjah’s and UAE’s economic and social development,” added HE Al Sarkal. Mr Adel A. Ali remarked: “Air Arabia is committed to supporting and enhancing Sharjah’s local economy and establishing strong ties with leading local bodies such as Shurooq, is one of the most effective tools to achieve this goal. We are confident that through this MoU, we are able greatly benefit Sharjah’s sustainable social and economic development.” Shurooq will offer Air Arabia customers an opportunity to explore tourist and recreational destinations such as Al Qasba, Al Majaz Waterfront, Al Montazah – Amusement and Water Park, The Flag Island, and Heart of Sharjah, through Air Arabia agents and their representatives in local, regional, and international markets. Another key focus of the MoU is the enhancement of Shurooq’s efforts to promote Sharjah’s economic, commercial, industrial, and tourism projects on a global scale, in collaboration with Air Arabia, Sharjah’s and UAE’s national carrier, with the aim of building Sharjah 's reputation as a leading destination for business and investment. Air Arabia is a global pioneer in low cost air travel operating a fleet of 40 new aircraft serving over 104 destinations worldwide from four operating hubs in Sharjah and Ras Al Khaimah in the UAE; Casablanca in Morocco and Alexandria in Egypt. The carrier will soon launch operations of its fifth hub in Amman, Jordan. In 2014, Air Arabia’s net profits grew by 30% to Dh 566 million against Dh 435 million in 2013. Revenues rose by 17% to Dh 3.7 billion over 2013, due to the increase in the number of passengers to close to 6.8 million, representing a 12% increase compared to 2013.
Back to media
Share this article: Twitter