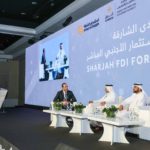 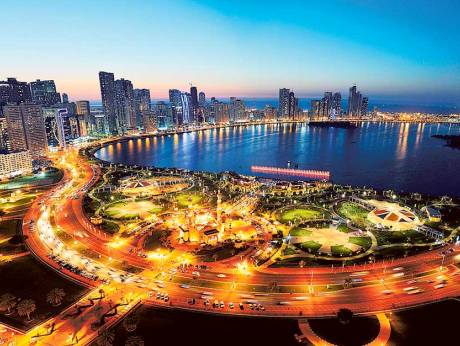 The unique business environment that Sharjah and the UAE have been consistently offering foreign investors, and further developments that are being planned in the direction to make the market increasingly more lucrative for existing and new businesses were the focal point of the panel discussion that opened the Third Sharjah FDI on Tuesday, 19 September.

Under the patronage of His Highness Sheikh Dr. Sultan bin Muhammad Al Qasimi, Member of the Supreme Council Ruler of Sharjah, the third edition of the Sharjah FDI Forum is taking place on September 19 and 20.

All speakers agreed that a conducive business environment is a must for attracting foreign direct investments (FDI) into a country, saying all economies get a boost from FDI, whether developed or developing.

“France has had the attraction of FDI on top priority, especially in the past 10 to 15 years. What foreign investors want, based on our experience, is stability, long-term visibility and safety, to ensure that their investment in a country will be profitable and safe in the long term,” said Phillippe Yvergniaux.

IFC CEO, Mr Khanna reiterated Yvergniaux’s remarks, saying FDI inflows require de-risking mechanisms such as economic or political stability to be attractive, and the UAE and Sharjah are doing quite well on that front. “According to the World Economic Forum’s Global Competitive Index, the UAE ranks #16 out of 138 countries, and these calculations are derived using a diverse portfolio of metrics,” he said.

“Information, transparence, government support, and competitive advantage are key to attracting FDI,” said Al Sarkal, highlighting that Sharjah’s continued adherence to these enablers has resulted in the creation of thousands of business and employment opportunities in the emirate.

“Sharjah has put into place laws and regulations that have supported foreign investors, protected big and small businesses, encouraged healthy competition, introduced free zones to empower business owners, embraced new technologies, pushed startups and venture capitalists knowing they involve higher risk, in its efforts to diversify its economy, and keep advancing towards its goal of innovation and sustainability,” added the Shurooq CEO.

“FDI, now more than ever, is a major area of interest for Italians,” said Prof Giovanni Bozzetti, noting that since the economic slowdown in Europe, Italy has been exploring international markets more actively and exporting their products globally.

“For Italian investors across the board, the UAE represents an ideal destination for foreign direct investments. This is brought about by key factors like security, political stability, low corruption, low custom duties, low energy and labour costs, and most importantly the country’s wise leadership who are equally committed to the large expat community as it is to its citizens,” he added.

“FDI also enables cultural exchange and understanding. Through business, nations can promote a message of peace, a message of integration,” Prof Bozzetti explained.

‘Green Economy for Sustainable Development’ was the highlight of the second panel discussion, where the question of why the UAE requires a green economy to grow and prosper, steps that public and private sectors have taken, and challenges that have been faced in the way.

The first panelist, HE Khaled Eisa Al Huraimel, Group CEO, Bee’ah said: “Bee’ah today is a leading waste management company and has the highest diversion rate in the Middle East. What this means is that we can recycle 70 percent of the waste we collect in Sharjah. Only 30 percent goes to landfill.

From waste collection, to cleaning, segregation and recycling, Bee’ah has integrated every step involved in waste management. We operate across the UAE, and have offices in Saudi Arabia and Oman.”

He added: “We are already building a waste processing plant in Sharjah that will recycle the remaining 30 percent of the waste that the city generates, and in the next three years we aim to become the first zero-waste emirate in the Middle East.”

He said: “A plan without an engagement strategy is that file, which sits and collects dust in an office. Through a diploma scholarship, SEWA has been engaging students from schools and universities in Sharjah in designing innovative solutions in the field of energy conservation. We feel great about engaging the society in our strategy for the energy markets in years to come.”

The panelists stressed on the need for public-private partnerships in the green economy sector, and said it is the best model for achieving sustained growth in the region.

Organised by Sharjah Investment and Development Authority (Shurooq) and Sharjah FDI Office (Invest in Sharjah), the foreign investment promotion arm at the Authority, the two-day event is being held at Al Jawaher Reception & Convention Centre in Sharjah.

Themed “The 4th Industrial Revolution”, the Sharjah FDI Form 2017 - which is being conducted in a strategic partnership with CNBC Arabia – has brought together a galaxy of renowned decision makers, senior global businessmen and highly regarded experts from the public and private sectors, to review FDI prospects for the region.