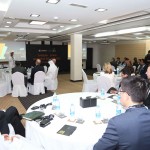 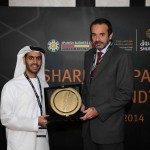 Shurooq explores increased cooperation with Spanish business The Sharjah Investment and Development Authority (Shurooq) has concluded the Sharjah-Spanish Roundtable. The roundtable was organised in collaboration with the Spanish Business Council with the aim of promoting Sharjah as a leading investment destination in the region and the world. The Sharjah-Spanish roundtable is the most recent in a series of initiatives undertaken by Shurooq in line with its strategy and ongoing efforts to highlight the Emirate's investment potential and solidify its position as a regional business hub. The event was attended by Mr. Victor Suanzes, Commercial Attaché to the Spanish Embassy - UAE, Ricardo Fisas, Chairman of the Spanish Business Council, and HE Marwan bin Jassim Al Sarkal, CEO of the Sharjah Investment and Development Authority (Shurooq) as well as a number of government representatives from the Sharjah Environment Company (Beeah), Hamriya Free Zone Authority, and members of the Spanish Business Council and the Spanish business community in the UAE. Speaking about the event HE Marwan bin Jassim Al Sarkal, CEO of Shurooq said, “Roundtable events such as this one are a key component of our strategy to build and expand business and investment networks with various countries, in line with the directives of Shurooq’s Chairperson Sheikha Bodour bint Sultan Al Qasimi. The Spanish business community already has a well established foothold in Sharjah, and our aim with this event is to build on that solid foundation and find new opportunities for collaboration and investment to the benefit of both Sharjah and Spain.” Al Sarkal went on to comment, “The relationship between Spain and the UAE is both well-established and growing strongly, as is clearly reflected in the continuing growth in the volume of trade between our two countries, which registered a growth of no less than 75% over three years, rising from AED 4.7 billion (EUR 1 billion) in 2009 to AED 8 billion (EUR 1.75 billion) in 2012. In fact in a visit to the UAE earlier this year, King Juan Carlos of Spain stressed his interest in deepening ties with the UAE, remarking that the UAE economy has become one of the fastest growing markets for Spanish exporters of goods and services, emphasising that the same is true for Emirati exports to Spain. Flows in both directions have increased by 55 per cent since 2011, bringing our countries total bilateral trade to €2.4 billion (Dh12.19 billion) last year.” Mr. Victor Suanzes, stressed the importance of making use of the opportunity that the roundtable event offered saying, “There are already around a 120 Spanish companies that have made the Emirates their home and our most recent figures show that there are in the region of 7,500 Spanish companies that are exporting to the UAE, many of which are looking towards creating a base of operations in the country and this event is an excellent chance for the Spanish business community to learn more about the diverse opportunities and the many advantages that Sharjah has to offer.” Ricardo Fisas, Chairman of the Spanish Business Council, also lauded the opportunity that the event provided, remarking, “It is important to remember that business doesn’t happen between countries, but between people. Which is why it is so important that our business communities have the chance to network and get to know each other. We are aware that Sharjah has many great opportunities to offer the Spanish business community, opportunities that are of benefit to both Sharjah and Spain as is clear from the immensely positive feedback we have received from Spanish business concerns who have made a home in Sharjah and we are looking forward to seeing more Spanish companies achieve great success in the Emirate.” The roundtable featured a presentation by Mohamed Juma Al Musharrkh, Head of Investment Promotion at Shurooq, focused on Sharjah’s economy, which outlined the Emirate’s strategic location and the four the key sectors that have been earmarked as major growth areas, namely travel and tourism, environment, healthcare, and transport and logistics, as well as relevant facts and figures about the UAE and Sharjah. In addition, an overview of Shurooq’s rapidly expanding and diverse portfolio of large-scale development projects was presented during the roundtable. Shurooq was established in 2009 with the aim of achieving social, cultural, environmental and economic development on the basis of Sharjah's distinct Arab and Islamic identity, and to encourage investment by adopting the best international standards in providing quality services that help attract investors from the region and the world. Shurooq's key mission is to provide facilities and incentives to help overcome obstacles facing investment activities in the emirate, evaluate tourism-related infrastructure projects, and lay down the necessary plans to complete such projects. In recognition of its overall accomplishments, Shurooq was been named The Banking Awards 2013 - FDI Agency of the Year in the MENA region in The European’s Global Banking and Finance Awards.
Back to media
Share this article: Twitter