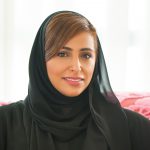 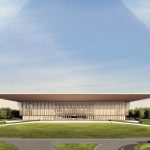 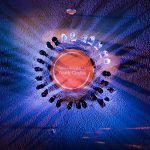 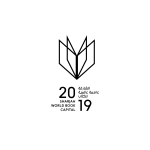 “This global pandemic is yet another reminder of our shared humanity…shared vulnerabilities, and shared destinies. No matter where you are today, we are all united in hope, prayer, and faith. We are also united by our love for books and reading”, said Sheikha Bodour bint Sultan Al Qasimi, Head of the Advisory Committee of Sharjah World Book Capital 2019, during the virtually organised closing ceremony of Sharjah World Book Capital 2019.

Her introductory remarks emphasised that people’s passion for books and reading have united all of humanity in the face of the crisis sparked by the novel Coronavirus (COVID-19).

The emirate wrapped up its yearlong cultural festivities celebrating its prestigious recognition as the UNESCO World Book Capital for 2019–2020 on Wednesday, and handed over the title to the Malaysian capital, Kuala Lumpur, which will carry it for the year, until April 2021, building on the initiative launched by UNESCO to recognise the efforts of global cultural cities, and to highlight the key role of books and the power of knowledge in achieving sustainable development and promoting human tolerance.

The ceremony was broadcast live on local, Arab, and international television stations and social media platforms. The event attracted a large audience of officials, as well as writers, intellectuals, and artists from around the world.

During the ceremony, a recap video highlighting Sharjah’s year-round cultural achievements, initiatives, and events, as well as its participation in various book events in the world, was shown.

“During the past year, Sharjah transformed into a beehive of cultural activities centered around books and reading targeting …literally…everyone,” Sheikha Bodour Al Qasimi noted, adding, “the success of this year can be attributed and has only been possible thanks to the continuous guidance and tremendous support of His Highness Sheikh Dr Sultan bin Muhammad Al-Qasimi, Member of the Supreme Council, Ruler of Sharjah.”

She continued, saying, “For over 40 years, His Highness’s focus on cultural development has placed Sharjah on the global cultural map, and has rallied an internal cultural momentum unrivalled in the region, and in many other parts of the world. We are eternally grateful.”

Underlining that the written word has the power to imbue people with hope and faith, especially during challenging times, Sheikha Bodour said: “As most of you may have seen already, social media platforms are now packed with countless stories from around the world about people recommending books and reading as one of the most productive ways to spend time and to increase mental resilience during this tough period of self-isolation”.

“When we selected the theme of our World Book Capital title, ‘Open Books. Open Minds,’ the world was not going through a global pandemic. We chose this theme because we truly believe in the power of books to connect us to each other,” Sheikha Bodour further noted.

Repeating a line from the Sharjah World Book Capital Manifesto, ‘Read until no strangers remain’, Sheikha Bodour Al Qasimi emphasised that the emirate’s celebrations agenda was founded on social inclusivity and strongly focused on encouraging communication between different members of society. “No matter who you are, no matter which language you speak, when you are in Sharjah, there is a book or a reading activity for you.”

In her speech, Sheikha Bodour said the prestigious title and the yearlong activities to celebrate it offered great momentum to Sharjah’s onward journey of cultural development. She briefly outlined Sharjah’s future plans, mentioning The House of Wisdom library project that was revealed in celebration of the title.

“This futuristic library will help us go to the next level of our cultural development journey with a renewed sense of commitment and a clear focus on the future. It’s also our way to empower our society for generations to come,” Sheikha Bodour said adding, “As we are closing the chapter of World Book Capital here in Sharjah, I want to reiterate our determination to continue the journey to become a true hub of a new Arab cultural renaissance, and to continue playing the role of a credible broker in cultural dialogues between our region and the rest of the world.”

She expressed her deep gratitude to all local, regional, and global organisations and bodies that had assisted in boosting Sharjah’s efforts during the year.

Sheikha Bodour thanked UNESCO for its continued partnership in Sharjah’s cultural endeavours, and congratulated Kuala Lumpur on a well-deserved win, as she put the World Book Capital trophy back in the box as a gesture of handing over the world’s most prestigious cultural title to the Malaysian capital.

Sheikha Bodour closed a heartfelt address sending a message of safety and well-being to the world. “May all of you be safe and healthy, and may books and reading continue to give us all the power and wisdom we need now.”

A 365-day cultural journey to remember…

The closing ceremony included an overview of Sharjah’s achievements during the year under the Sharjah World Book Capital Office’s six themes. The cultural events targeted all community members and aimed at advancing local, Arab and international creative industries, in addition to expanding the scope of cultural efforts to include writers, publishers, translators and readers.

During its year-long World Book Capital 2019 celebrations, the emirate organised more than 1,000 events spanning theatre, cinema and art, and celebrated local, Arab and international icons of literature. The emirate also unveiled the Sharjah World Book Capital Monument, a 36.5-metre high sculpture inspired by an ancient scroll design, and inaugurated the Sharjah Beach Library initiative, turning Sharjah's beaches into libraries for tourists and local community members. Other cultural initiatives included the construction of the ‘House of Wisdom’, a modern library project designed as a permanent platform for intercultural exchange and initiating dialogues with the world’s various civilisations.

The International Committee of the World Book Capitals at the United Nations Educational, Scientific and Cultural organization (UNESCO) named Sharjah the World Book Capital 2019 in appreciation of its vital role in supporting books, promoting reading and adopting knowledge in cross-cultural communication. The title is given to Sharjah in recognition of its great efforts to foster reading as a robust culture at the regional and international levels. Sharjah is the first city in the GCC countries and the third in the Arab world and Middle East to win this nomination after Alexandria and Beirut.