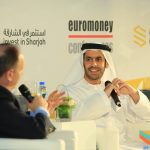 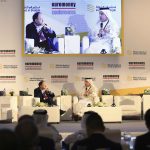 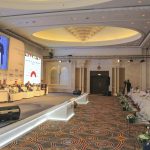 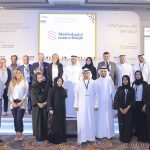 Business leaders, industrialists and economists attending the second day of the Euromoney Emirates Conference have been told the Emirate of Sharjah is becoming one of the most progressive markets in the region, marking a major milestone in its economic history.“

Adil Al Zarooni, Chief Executive Officer, Al Zarooni Emirates Investments, said; “These are amazing times for Sharjah. There is a fresh breeze blowing through the emirate that brings innovation, investment and opportunity. It is progressing at a speed that has never before been seen.” He went on to describe Sharjah as a natural home to stable, middle-class families who seek security and a high quality of life.

Held under the patronage of His Highness Sheikh Sultan bin Mohamad bin Sultan Al Qasimi, Crown Prince and Deputy Ruler of Sharjah the conference is co-hosted and organised by Sharjah FDI Office (Invest in Sharjah) at the Sheraton Sharjah Beach Resort.

Speaking at a special investment session, Al Zarooni told the conference that many investors are “spraying money” at SMEs and start-ups, hoping to win the statistics game. Some ventures will pay off, he said, but that would never result in long-term success.

“You have to be very selective and very hands-on. It’s hard work to build a business, but you have to keep investing time and money that’s when you’ll see real growth. Again, here in Sharjah is an excellent investment destination.”

Day two at the Euromoney Emirates Conferences Sharjah 2017 took off with a keynote address by HE Dr. Obaid Saif Hamad Al Zaabi, Acting Chief Executive Officer of the Securities and Commodities Authority (SCA), the UAE. New and improved regulations to keep meeting the aspirations of investors in the local market, in line with the UAE Vision 2021, was at the core of his message.

“One of our KPI’s is to provide financial support with a diversified array of instruments that cater to specific business needs in a competitive market, enabling knowledge, innovation and skill to fully flourish. The UAE markets will continue to remain attractive for foreign as well as local investors,” he said, explaining that SCA’s main focus is on new technologies that are being introduced to financial markets in the UAE with a view to implement a suitable regulatory approach that will benefit both the market and the investor.

“The national agenda seeks to place the UAE among the top 10 countries in the world in the Global Competitiveness Index. All government institutions, including the SCA, have joined efforts towards reaching this goal.”

In an insightful interview with the Shurooq CEO conducted by Richard Banks of Euromoney, it was discussed how Sharjah and the UAE find themselves at the heart of the fourth industrial revolution, embracing a disruptive economy, and, the recent political and economic developments around the globe to make the most out of it.

“We are definitely part of the fourth revolution, and are embracing a way forward where IoT (the Internet of Things) is at the core of development,” remarked Al Sarkal reassuringly, introducing the rapidly-evolving and investor-friendly Sharjah economy to an audience comprised of businesspeople and industry experts.

Beginning with interesting insights on the historic background of the UAE, particularly Sharjah, he conveyed that the development of the emirate can be seen in its population growth, from 25,000 in 1947 to 1.4 million now.

Emphasising the role Sharjah has played in bringing the East and West closer together since the times of British imperialism, when the emirate was a base for British Imperial Airways connecting it to India, he said: “Sharjah has been a big player in the region when it comes to diplomacy and cultural activities, and for the past 70 years, has been a force to reckon with in trade, leveraging its strategic location to introduce investment friendly policies for businesses to be able to flourish in one of the most diversified economies in the region and the world.”

“Sharjah is the only emirate in the UAE that sits both on the Indian Ocean and the Arabian Gulf, and has three seaports, which serves as a huge competitive advantage for investors on either side of the UAE.”

Saying that Sharjah is home to more than 55,000 small and medium sized enterprises today, Al Sarkal cited Air Arabia’s success, which grew from being an AED 50 million company to now an almost AED 3 billion organisation. “Our economy is very accepting of new businesses and allows companies to grow.”

Lufthansa, he said, has the biggest operations in Sharjah outside of Germany.

“The government sector in the UAE is a driving force, it doesn’t lag behind the private sector. This is something that makes the emirate a unique place. We have an e-government and mobile government in place that were established many years ago.”

As his closing remarks, Al Sarkal observed that both the UK and the UAE can in fact benefit from Brexit, as business owners and investors there are keener to undertake trade talks now than they were ever before. “The world is changing, and we find it very positive because in Sharjah we like to see that positive side of things, and make the best of the situation we are in.”

Addressing the audience in a session on the future of Blockchain, a leading software platform for digital assets, Iqbal Ali Khan, Strategy and Business Development Executive, Global Payments and Blockchain for IBM, said that the world of traditional ledgers and finance transactions was changing forever.

“We need to move away completely from any form of paper bureaucracy,” he said. “Seven percent of total international trade value goes to paper-based administration procedures, meaning companies would save a total of USD 38.2 billion if they converted to electronic documents.

”Blockchain can remove the need for archaic ledgers and physical files. Through this system, every party in every transaction will be a part of the same chain with access to their relevant activity and access to those who are also involved. It builds trust, saves money, creates transparency and develops accountability. There is no question that at any stage of production or transaction where that breakdown came from. This is the future of commerce.”

Special Session: The Future of Payments – How to Bring Innovation to a Key National Sector

In a world that is becoming increasingly cashless, and both merchants and individual consumers prefer zero-currency financial transactions, whether the UAE is taking up the opportunity to benefit from the burgeoning remittances and international payments sector, was part of a special session featuring key speakers from the industry.

Omar Soudodi, Managing Director of PayFort, a leading online payment gateway in the Middle East that was recently acquired by Amazon, said: “We (the UAE) are still a cash economy, where only 30 percent money transactions made are cashless. Thus, one of our most important concerns today is the issue of financial inclusion; something that will benefit society at large.”

Craig Moore, CEO Beehive UAE, a peer-to-peer platform that enables SMEs to raise finance for growth using the technology Beehive provides, noted that banks are embracing new financial enablers in the market, and see a collaborative journey when they see a ‘disrupter’ such as Beehive. “We provide new innovative technologies, which ultimately helps upgrade the ancient habits of the global credit and financial ecosystems with a specific focus on collaboration.”

Comparing the UAE to the likes of Hong Kong and Singapore fronting the fintech industry in Southeast Asia, and London and Frankfurt who are leaders in the European region, Moore remarked: “The opportunity for the UAE to become a regional frontrunner in fintech is now more than ever.”

Pointing at how the infrastructure of a financial system, especially within the context of payments, is crucial to not just businesses, but the entire economy, Soudodi said that for every business deal to materialise there is a payment that needs to be made. Between a consumer and a merchant, one needs to make these transactions as smooth and easy as possible, especially when you are trying to scale your business and minimise friction with your consumer.

The panel noted that there is a clear migration of all societies in the world towards a cashless or low cash environment, which provides a huge market opportunity for fintech institutions everywhere, including in the UAE, to benefit from.

Speaking about the importance of constantly upgrading mechanisms to ensure cybersecurity, Soudodi remarked: “PayFort follows the PCI standards, which is equivalent to 200 ISO certifications in order to make sure that the way we develop our product and update our code confirms to the strongest standards of checks and balances.”

“We need to keep our protection hats on always, and for that we crash our systems every now and then, and go through what we call penetration testing to ensure we are not affected by any vulnerabilities in the technology world.”

Panel III: Capital Markets – The Fuel for the Innovation Engine?

Speaking on the location of a company listing, Pamkaj Gupta said it was not a crucial factor: “Wherever the business is born and however good the business is, the natural choice is going to be where the benefits are best."

For Fadi Al Said, one of the main issues concerning companies in the region was not simply the quality and the lack of success, but how to handle those which were failing. "Where we get to a point where these businesses are tripping up, there isn’t a meaningful ecosystem where these companies can be supported to the next stage. There is a need then to cull these organisations. They are stranded and cannot receive the help they need. When I was training, there was a saying that if your company did not make the top three in your market in the next five years, it was killed. It’s that brutal element in this region that is missing.”</p>
Back to media
Share this article: Twitter