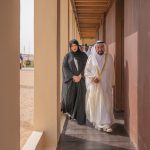 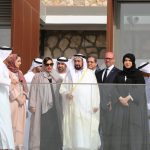 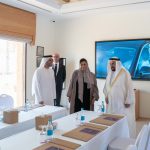 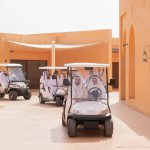 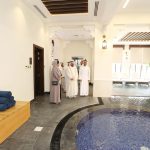 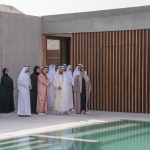 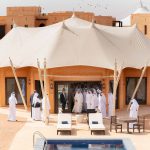 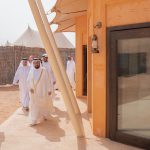 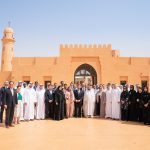 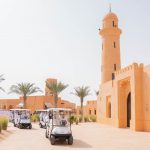 His Highness Sheikh Dr. Sultan bin Muhammad Al Qasimi, Member of the Supreme Council and Ruler of Sharjah, visited today (Monday) the Al Faya Retreat nestled in the heart of the Mleiha desert and the Al Badayer Retreat situated in the Al Badayer desert, which are part of the ‘Sharjah Collection’ – the luxury hospitality brand of Sharjah Investment and Development Authority (Shurooq), managed by ‘Mysk by Shaza’.

During the tour, His Highness the Ruler of Sharjah gained detailed insights into the world-class facilities which are being offered by both retreats, and their distinctive features which position them as one of the major eco-friendly and heritage hospitality property in the UAE.

During his visit at Al Faya Retreat, His Highness Sheikh Dr. Sultan Al Qasimi was introduced to all the modern and cultural elements infused into the one-of-its-kind luxury destination.

Originally built in the 1960s as two stone buildings, one of which was a medical centre and the second a store near one of the oldest and most important fuelling stations in Sharjah and the UAE for local commuters, Al Faya Retreat was restored using elements that reflect the general nature of the desert environment. Its floor-to-ceiling windows allow visitors to enjoy stargazing at night.

Al Faya Retreat symbolizes one of the most unique and authentic hospitality experiences to guests looking to learn about Emirati heritage and its historic culture.

The retreat is located near the Fossil Rock and is a 10-minute drive away from the Mleiha Archaeological and Eco-tourism project, another destination developed by Shurooq offering visitors a remarkable set of adventurous activities such as desert tours, thrilling dune bashing experiences as well as a number of desert experiences for all family members.

His Highness the Ruler of Sharjah also visited the Al Badayer Retreat, a first-of-its-kind picturesque desert retreat in the UAE that offers luxury hospitality services in the heart of the tranquil Al Badayer desert in Sharjah, where he was introduced to the retreat and its full range of world-class services.

The design of Al Badayer Retreat is inspired by the UAE heritage, and allows visitors access to a unique tourism experience in the heart of the desert in the central region of Sharjah central region.

The desert retreat also offers packages of outdoor activities, such as sand boarding, dune bashing, stargazing, 4 x 4 trips, as well as many other family activities including film screening by the bonfire area. The retreat also features two restaurants that offers international culinary experience, a fully serviced indoor swimming pool and a gym that meet the best international standards, and the full-booking option for weddings and music concerts or other recreational shows.