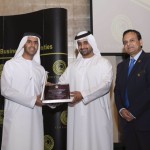 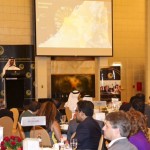 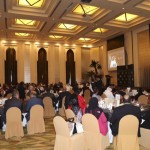 CEO Clubs welcomes Shurooq CEO at network lunch meeting The rapid development of Sharjah, and specifically the role being played in this development by Shurooq – the Sharjah Investment and Development Authority, was brought into sharp focus at the most recent network lunch meeting of CEO Clubs UAE – the local chapter of the world largest business networking club, the CEO Clubs Network Worldwide. Held under the patronage of Sheikh Juma bin Maktoum Juma Al Maktoum the business lunch, which took place in Dubai, welcomed Shurooq CEO H.E Marwan bin Jassim Al Sarkal as key speaker and was attended by Dr Tariq Ahmed Nizami, Founder and CEO of CEO Clubs Network Worldwide, as well as a number of Advisory Executive Board Members, and top level executives from the UAE. Expounding on the role of Shurooq, under the patronage of H.H. Dr. Sheikh Sultan bin Mohammed Al Qasimi, Member of the Supreme Council and Ruler of Sharjah, and the support and supervision of Sheikha Bodour bint Sultan Al Qasimi, Chairperson of the Sharjah Investment and Development Authority (Shurooq), H.E Marwan bin Jassim Al Sarkal, CEO, Sharjah Investment and Development Authority (Shurooq), during the meeting, highlighted the role of Shurooq in promoting and fostering Sharjah’s economical and investment growth through various development projects and strategic plans. Al Sarkal clarified that the Authority’s mandate was to promote and facilitate investment activities in the Emirate as well as to create investment opportunities through the implementation of large scale development projects, such as the Al Jabal Resort, The Chedi Khorfakkan, the 5-star resort development currently underway on the Sharjah’s Eastern Coast which has already won the GCC Hospitality and Leisure Project of the Year at the 5th annual Middle East Architect Awards. Giving an overview of the accelerated growth that the emirate of Sharjah is experiencing, Al Sarkal pointed out that Sharjah occupies a unique position within the UAE and the greater GCC region through its diverse economy “Sharjah is the only economy in the Middle East region with no single sector contributing more than 20% of its GDP. It also possesses and enviably strategic location in terms of logistics as it is the only emirate to share its borders with all of the remaining emirates in the UAE and also the only emirate to have direct access through its ports overlooking both the Arabian Gulf and the Indian Ocean. Thanks to these, and its many other solid fundamentals, it is therefore little wonder that Sharjah is the third fastest growing economy in the country and has already attracted almost a quarter of the UAE’s business establishments,” the Shurooq CEO commented. Shurooq CEO went on to state, “Shurooq works to promote investment not only in Sharjah but in the UAE in general on a global level, which is why we maintain a full schedule of roadshows and participations in a wide range of global exhibitions, as well as regular meetings with investment and business related bodies across the world. It is a strategy that has already born fruit, as is evidenced by various MoU’s that have been signed between Shurooq and various authorities and private investment companies in the USA, Hong Kong, Qatar, and Turkey.” Shurooq was established in 2009 with the aim of achieving social, cultural, environmental and economic development on the basis of Sharjah's distinct Arab and Islamic identity, and to encourage investment by adopting the best international standards in providing quality services that help attract investors from the region and the world. Shurooq's key mission is to provide facilities and incentives to help overcome obstacles facing investment activities in the Emirate, evaluate investment-related infrastructure projects, and lay down the necessary plans to complete such projects. In recognition of its overall accomplishments, Shurooq was named The Banking Awards 2013 – FDI Agency of the Year in the MENA region, in The European’s Global Banking and Finance Awards.
Back to media
Share this article: Twitter