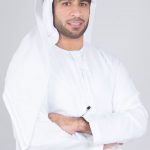 Sharjah FDI Office (Invest in Sharjah) has met with many of India’s leading industrialists, entrepreneurs and government officials in a highly impactful tour of the sub-continent, participating in trade conferences and partnership summits in a packed schedule to promote Sharjah’s vast investment opportunities.

The visit coincides with a landmark agreement between the UAE and India to enable businesses to transact directly in each other's currencies, eliminating the role of the dollar, in a defining move to boost business even further – the Confederation of Indian Industry has forecast that trade between India and the UAE is set to hit $100 billion by 2020, up from the current $60 billion.

Mohammed Juma’a Al Musharrkh, CEO of Invest in Sharjah, said: “Sharjah has always had extremely close ties with India on both a business and community level, which has been reinforced by the extremely high calibre of authorities, government figures and private investors that were met.

He continued: “This trade delegation has promoted new investments into the emirate’s key sectors, including health, education and media production and built upon the existing foundations with Indian business councils and individual captains of industry. As well as the enormous benefits of operating from Sharjah, we have also highlighted our own services which will play an integral part in supporting all future investments.”

Recently emphasising the tight bond that exists between the two nations, Navdeep Singh Suri, Indian Ambassador to the UAE, recently announced that with a population of 3.3 million expatriate Indians, the UAE now has the largest Non-Resident Indian (NRI) community in the world.

“Participating in the Partnership Summit in Andhra Pradesh with the UAE Ministry of Economy and the India Trade and Treasury Conference were ideal opportunities for Invest in Sharjah to outline the viability, sustainability and profitability of investing in Sharjah and either expanding or entering into a highly lucrative market,” Al Musharrkh added.

The CEO of Invest in Sharjah highlighted: “There is already a thriving Indian business community in the UAE in general and Sharjah in particular, ranging from highly successful service-oriented SMEs and start-ups to large scale finance, technology and media corporations. As the manufacturing heart of the UAE, Sharjah is also regarded as a prime facility for Indian industry.”

The visit comes within Shams's plan to attract various media companies in particularly major production companies from India, and to further discuss the concept of establishing a Bollywood film facility in Sharjah, an idea first mooted by HE Marwan Bin Jassim Al Sarkal, CEO of the Sharjah Investment and Development Authority (Shurooq).

Mr. Al Hammadi said, “We were delighted to visit ND’s Studios in Mumbai and to get a closer look at how India has played a major role in producing a number of big Bollywood movies.”

He also added “Shams is trying to attract such companies into the region, because of their key role in forming unique production platforms, and create strategic opportunities within the local media and production market and industry.”

The tour of India comes as part of the continuous drive by Invest in Sharjah to partner with overseas private and public organisations in order to boost the emirate’s visibility and foreign investment appeal, increasing international awareness of Sharjah’s potential as a target for international businesses.