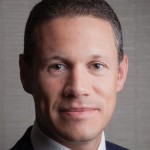 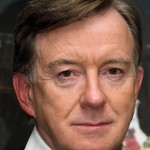 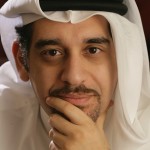 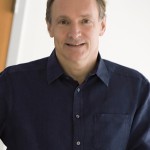 Premier global conference brings venerated guests to Sharjah Sir Tim Berners-Lee, inventor of the World Wide Web, and the Right Honourable The Lord Mandelson, former aide to Tony Blair. The 2015 World Forum for Foreign Direct Investment (FDI), organised by the Sharjah Investment and Development Authority (Shurooq), will host a sterling line-up of distinguished guest speakers from 8-10 February at the Jawaher Convention Centre in Sharjah. Under the theme of the World Forum’s 12th edition, ‘Where East Meets West,’ the sessions will cover a number of subjects critical to the global FDI environment, including the importance of diplomacy in cross-border commercial transactions, talent and immigration, ports and infrastructure, and fostering partnerships between companies from the distinct Eastern and Western business cultures. Confirmed lead spokespersons at the event are Sir Tim Berners-Lee, inventor of the World Wide Web, and the Right Honourable The Lord Mandelson, former aide to Tony Blair. The Forum is an implementation of the visions and directives of His Highness Sheikh Dr Sultan bin Muhammad Al Qasimi, Member of the Supreme Council and Ruler of Sharjah. It is being organised under direct follow up of Sheikha Bodour Bint Sultan Al Qasimi, Chairperson of Shurooq. HE Marwan bin Jassim Al Sarkal, CEO of Shurooq, expressed his appreciation for the programme’s prestigious speakers: “Having world-renowned figures from the business and finance world with us to share their experience and expertise will make the 2015 FDI World Forum an unparalleled foreign investment event. We are truly proud to welcome these distinguished speakers to our shores.” Marwan Al Sarkal added: “We look forward to welcoming the vision these business leaders will share with the Forum, to gain insight into the main factors influencing the global business community.” Sir Tim Berners-Lee will deliver the morning keynote address on 9 February, Day 1 of the conference, discussing the topic: ‘Leapfrogging Competition: Tech Strategy for Business’. One of the greatest innovators of our era, Sir Berners-Lee is a professor, computer scientist, director of both the World Wide Web Consortium (W3C) and the World Wide Web Foundation, and senior researcher and holder of the Founders Chair at the MIT Computer Science and Artificial Intelligence Laboratory (CSAIL). Knighted by Queen Elizabeth II in 2004 for his outstanding and pioneering work, Sir Tim is one of only 24 living recipients of the Order of Merit (OM) award, bestowed as a personal gift of the Queen in 2007. The Rt Hon. the Lord Mandelson will give the Opening Speech on the morning of February10, Day 2 of the conference. A politician for the British Labour Party, President of the international think tank Policy Network, and High Steward of Hull since 2013, Lord Mandelson was the Member of Parliament (MP) for Hartlepool from 1992 until 2004, and also served in a number of Cabinet positions under Prime Ministers Gordon Brown and Tony Blair. He was also the European Commissioner of Trade between 2004 and 2008. Lord Mandelson’s speech will be on ‘Foreign Direct Investment, Immigration and the Fight for Talent’. With much experience in regional economic affairs and financial markets, Mishal Kanoo is a key speaker at various conferences in the Gulf. He regularly contributes to a number of local publications, and has had several columns featured in Arabian Business. His personal website is one of the most widely read in the region on a spectrum of topics that cover everything from Middle Eastern politics to Cuban cigars. Mr Badr Jafar, a business executive and social entrepreneur based in the United Arab Emirates, is the Managing Director of the Crescent Group. He is Chief Executive Officer of Crescent Enterprises, the Crescent Group conglomerate operating across multiple industry sectors. He is also the Chairperson of Gas Cities. The global event’s attendees will include CEOs and senior executives from notable local and international corporations, investment promotion agencies and economic development organizations’. Organizing the WORLD FORUM for Foreign Direct Investment in Sharjah in 2015, which is being held in the Middle East for the first time, marks another prestigious milestone for the Emirate. In previous years the world’s leading FDI platform has been held in prime locations including Amsterdam, Brussels, London, Valencia, Bologna, Vilnius, Tallinn, Shanghai, and Philadelphia.
Back to media
Share this article: Twitter