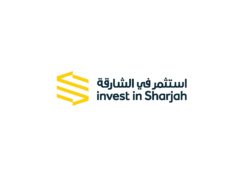 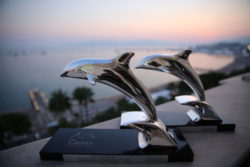 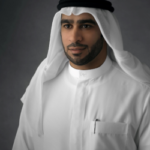 Promotional film commissioned by Invest in Sharjah (“Invest in Sharjah”) as part of its marketing collateral has won a coveted prize at the Cannes Corporate Media & TV Awards. Out of nearly 1,000 entries the jury selected the “Invest in Sharjah” submission as a winner of the Dolphin Trophy in the category ‘Marketing Communication – B2B’.

The film won the prize at the 8th edition of the Cannes Corporate Media & TV Awards, an international festival dedicated to corporate films, online media and TV productions which takes place every September in Cannes, France.

“Invest in Sharjah”, the investment promotion arm of the Sharjah Investment and Development Authority (Shurooq), has a modern vision to promote the emirate to the wider business world and communicate Sharjah’s unique attributes, successes and location.

The film was first presented at the Sharjah FDI Forum 2016; one of the region’s leading annual economic and financial forums held in Sharjah. Through its diverse components to showcase Sharjah’s various sectors; the video emphasizes the emirate’s advantages of being just a four-hour flight from a third of the world’s population and an eight-hour flight from two thirds. It also highlights Sharjah as as business hub, while forging a new future through its industrial zones and an economic growth that has now achieved a Gross Domestic Product of USD 25 billion.

Mohammed Juma Al Musharrakh, Director of Invest in Sharjah said: “This award is a testament to how Sharjah has a unified approach and a common goal of attracting investors through its modern infrastructure, strategic location and stable environment to start and expand their businesses and enter into the Middle East market and beyond.”

He added: “Invest in Sharjah has a primary role of showcasing the very best qualities and opportunities the emirate has to offer and through this production we have made tremendous inroads to a global audience. We have not only conveyed the message that Sharjah is an investment haven at this moment in time, we have successfully portrayed its potential as an even greater destination in the future. Sharjah is a hugely attractive proposition for companies all over the world and through initiatives such as these, more businesses will see more reasons to invest more resources.”

The film is produced in both Arabic and English languages, runs for 3 minutes and 40 seconds, against a backdrop of stunning cinematography, drone technology and elegant info graphics, produced by Dubai’s Double Exposure Productions and directed by Ahmed Al Mutawa.

Filming took place in more than 50 locations in the Emirate of Sharjah. The film and can be viewed on the Invest of Sharjah Office’s YouTube channel.

Al Musharrakh continues: “The artistic values, experience and expertise that have gone into this film show potential investors that we are not just an outstanding business partner, there is also the highest standard of professionalism in everything we do.”

“Business owners and entrepreneurs are seeing more and more how Sharjah is becoming a growing hub for all kinds of industries. There is massive inward investment geared towards the future including education, technology, the environment and travel and tourism among many others. As people who have seen this award-winning video will testify, Sharjah is very much on the worldwide investment map and will continue to develop its imprint,” concluded Al Musharrakh.

Cannes Corporate Media and TV Festival is one of the largest global competitions for films and audiovisual productions, with nearly 1000 films submitted for consideration in its current round. The jury includes prominent figures who also hold seats in juries for important global awards such as the Oscars and the Emmys.