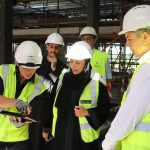 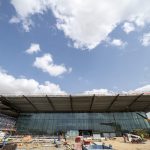 Sheikha Bodour Al Qasimi, said: “Inspired by the vision of the His Highness the Ruler of Sharjah, whose 40-year efforts have paved the way for  Sharjah’s global recognition as a hub for education, innovation and cultural appreciation, our emirate today serves as a vibrant destination for intellectuals, writers, publishers, students and book lovers. Sharjah’s knowledge-based approach to national and regional development has placed us at the forefront of the Arab world’s cultural movement. The emirate’s cultural image is reinforced by unprecedented projects like the House of Wisdom; an iconic library, cultural centre and social hub of learning and development.”

Sheikha Bodour Al Qasimi added: “Libraries are no longer a space where you go just to access books. People can access information digitally from anywhere these days. All libraries in future need to act as social hubs – places that bring people together, and are shared spaces that support the sharing of experiences, intellectual and creative engagement as well as cultural leadership. While we learn from books, we learn equally through people and their diverse perspectives; through discussions and experimentations.”

The House of Wisdom, which is situated near The Scroll, the striking monument designed by UK-based artist Gerry Judah, reimagines libraries for the 21st century, based on the principle of flexibility.

Designed by the award-winning British architectural design and engineering firm, Foster + Partners, the essence of the structure’s unique design  is the large floating roof with 15-metre cantilevered overhangs. This serves to effectively protect the large transparent building from the elements of nature.  To achieve more shading on the bottom portion, specially manufactured bamboo shades that can be manipulated to increase or decrease the coverage from the sun, have been utilised.

The glass feature also serves to underline the fact that it is a beacon of knowledge in the way it lights up the surroundings at night.

Set on an elevated platform that measures 12,000 square metres, the centrepiece of the House of Wisdom is a courtyard around which the library hub has been designed. The courtyard space is open to the sky and is filled with plants, that brings the nature into this essentially modern structure. It is visible from all points and lends an aura of natural green calm to the bustling social space.

The rest of the elements are built around the courtyard, with a small exhibition space and an archive flanking it. The two-storeyed archive is the traditional library, where members can research and read in relative quiet. It will initially contain 40,000 books which will expand to a 105,000 collection when it is fully operational. There will also be an extensive collection of books in Braille.

There are private spaces called pods suspended around the courtyard, two on the ground and five suspended up in the air, which can be used as classrooms or meeting rooms.

The entire rear wall is filled with books. There is a café that extends on to the mezzanine floor, a women’s lounge and a children’s area where the kids can be themselves. Thus, it offers visitors a variety of seating experiences to read, based on their preference.

The mezzanine floor has another exhibition area that can be used for longer shows that run into months, or even permanent exhibitions. There are many reading areas connected to the archive, spaces to relax in and read, When it is complete, the House of Wisdom will even have a fabrication lab with a 3D printer that members can use to build prototypes of experimental projects.

The House of Wisdom will feature two landscaped gardens around the building, one of which will be connected to the monuments. There are parking spaces in the basement as well as outside the building.

An app for accessing services

The House of Wisdom will have its own mobile application that can be used to access all its services, including booking pods, reserving books or even ordering coffee from the café.

The project was unveiled on April 23, 2019, the day Sharjah officially began its yearlong journey as UNESCO World Book Capital 2019. The 1.2 hectare, 105,000-book House of Wisdom library and culture centre, is on schedule for a public opening in April this year.